Battle of the German Hatches! 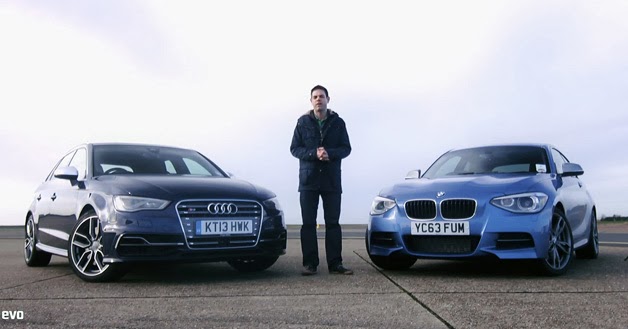 Evo just released a video of a ferocious head to head track battle between the BMW M135i vs. The Audi S3.  Both hatches born of German engineering and packing turbocharged heat. Both Cars also showed up on our Top Gear inspired  10 Most Powerful hatches post. Evo puts them up against the test of a timed lap battle.  The Audi's AWD versus the BMW's RWD platforms up against each other for overall drive-ability.

Posted by Matt Stringham at 3:26 PM