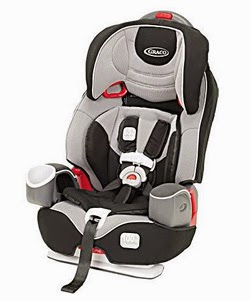 In February Graco was ordered to recall 3.8 Million safety seats, this months the NHTSA (National Highway Safety Traffic Administration) ordered an additional 403,000 carseats. Autoblog reports that the recall was due to the seat's buckle and it's possible failure to release.  Some parents have reported that they had to cut their children out of the carseat.

Kicking tires on Cars.com reported that the main issue with the buckles is that food and drink could gum up the seat-belt mechanism causing it to jam.

Owners will be sent repair kits with instructions on how to safely clean the buckles and Graco says the seats are safe in the meantime.

Posted by Matt Stringham at 2:59 PM