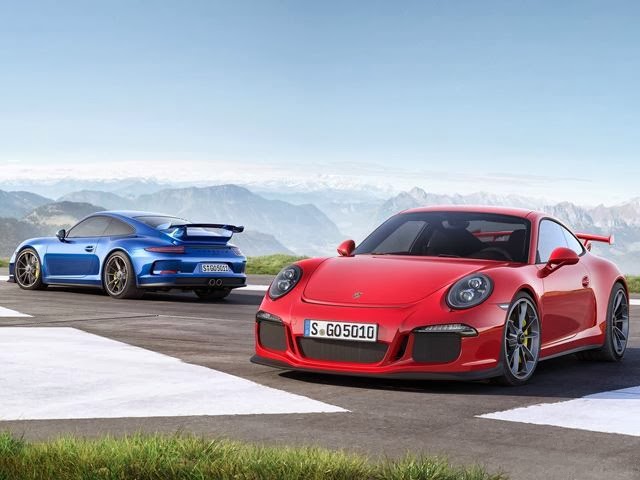 Porsche announced that it will be replacing all the engines in it's new 2014 Porsche 911 GT3's.  If you can recall, Porsche had 2 reports from Europe of the new vehicles catching fire or spontaneously combusting... 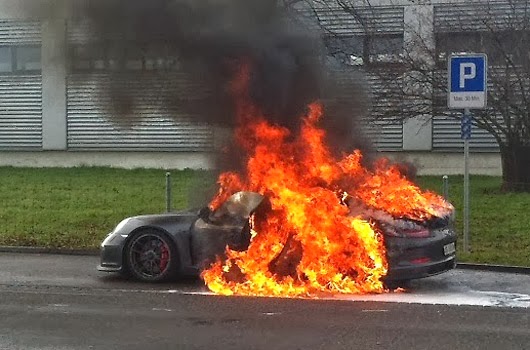 785 new GT3's have been delivered so far this year. Porsche notified every owner and had them park the vehicle immediately, then each new GT3 was towed to the closest Porsche dealership.
A UK Porsche representative said the problem was caused by a defect traced to faulty screw used to join piston connecting rods to the crankshaft, causing damage to the crankcase. 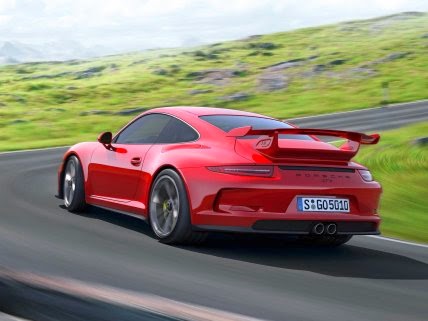 The burned vehicles were dissected and examined to find these results. Porsche's CEO Matthias Mueller announced that Porsche would not be taking any risks when it comes to the safety of it's customers. This is a great call from Porsche as they wouldn't want to end up like General Motors or Toyota. Especially when it comes to a $190,000.00 car.  We talked on the Utah Car Cents radio show last Saturday and discussed that Porsche made massive gains last year, averaging a gross of $23,000 for each car sold.  At least they have the money to recall these motors.
-Business Insider-

Posted by Matt Stringham at 2:38 PM