Apple Teams Up With Ferrari

Apple Car Play and Ferrari at the Geneva Auto Show 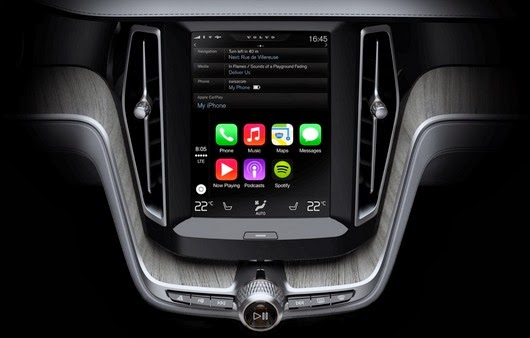 Apple has been sitting back when it comes to the in-car vehicle integration department.  We know Ford has teamed up with Microsoft over the past few years with their 'Sync' system. In fact Ford has  announced that it is leaving Microsoft for a Blackberry Sync System. The big question has always been, not if, but when will Apple get on board with their own version of Sync. An IOS in-car based platform.
Apparently they are working on it, teaming up with Volvo, Ferrari and more. See for yourself.

Posted by Matt Stringham at 9:46 AM