Many questions revolve around the Tesla Motors company.  Why are these vehicles so popular in the financial eye currently?  Is Tesla the future of all zero emission luxury vehicles?  Tesla can do no wrong in the eye of the world.  Word of mouth, posts and news stories continue in a positive direction.

However, will it last?


Many believe the electronic car is the future of all cars concerning our planet and keeping the environment a place that all can live safely.  "True cost of ownership" is measured on Tesla's website.
An interesting, yet almost proven declaration is made on their financial section:

"If you do your financing with Tesla, we guarantee that the Model S will have the top residual value of any high volume premium sedan brand (Audi, BMW, Mercedes or Lexus) after three years of ownership. This means you will receive cash back in three years that exceeds the principal remaining on your loan."

U.S. bank and Wells Fargo are willing to finance a huge portion of the Model S.  Interestingly enough, federal and state tax credit could potentially reimburse $7,500 to $15,000.  In effect, covering your down payment.

Tesla suggests other saving advice such as write offs, driving in the carpool lane and avoiding the gas station.


Above is the current market watch on Tesla Motors stock.  In 52 short weeks Tesla has grown by more than $100.  Many successful firms and people believe it's only the beginning.  Do you believe in the Tesla hype?  Please comment right here and give us feedback.  Tell us why or why you don't believe the future is in the hands of such motor companies as Tesla.

*Chart pictured is only an example of the current numbers.  Utah Car Cents is not promoting investing in this stock.  Please do your own research before deciding upon a financial commitment to the stock market.


Remember to listen in on Utah Car Cents Saturday mornings every week from 10AM-NOON on 1280 the Zone located here in Salt Lake City, Utah.  We look forward to hearing some of your feedback!  Call in for chances to win oil changes & other prizes.

Posted by Cody Belnap at 9:19 AM No comments:

Toyota and BMW are teaming up. Could this be the start of a new SUPRA?

Toyota has announced its team up with German automaker BMW. 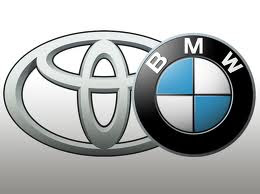 In late 2011 it was announced that Toyota and BMW would be teaming up for production in a new sports car. Something that is becoming common in the industry. Toyota's last team up was with Japanese auto maker Subaru; for a Toyota-Subaru Hybrid Roadster known as the Toyota GT-86/Scion FRS and Subaru BRZ. A combination of each company’s best, shaped and molded into a near 50:50 weight distributed machine powered by Subaru's reliable Boxer Engine, Toyota's Transmission and a sleek design. 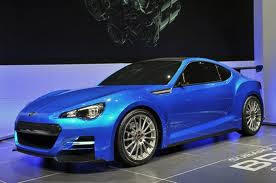 We have all come to know and respect the Toyota brand for its reliability and environment-friendly vehicle line-up. But there's no doubt that Toyota has been lagging in their performance department.  Especially after setting the bar for import sports cars in the early 90's to the early 2000's with their Mark IV Turbo Supra. An inline 6 cylinder (2.997 L; 182.9 cu in) with 4-speed auto, 5 speed manual and a 6-speed GT.  A car that is still selling for near full retail in the industry today. 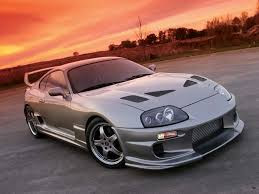 BMW has always been known for their performance line up, which just about consists of their entire production line. The team-up has set a spark for sports car enthusiasts and has forums talking. Could this be a remake of the late Toyota Supra, Toyota MR2 or a whole new concept/model all together?

“We also hear the engineer charged with spearheading this new coupe is none other than GT86/FR-S chief engineer Tetsuya Tada. According to our sources, Tada has already visited BMW multiple times in the past year or so. He said in a March interview on Toyota's official U.K. blog that he was planning to head to Munich after the 2013 Geneva Motor Show to sit down with BMW execs over some beer and bratwurst.”

"I am hoping for a synergy effect with BMW that will result in a product that none of us could have imagined; something more than anyone expects. I would like that to be something like a sports car," Tada said in the interview. "I would even go so far as to say that for the collaboration to work we have to bring a product which exceeds all these expectations."
Said Motor Trend's Peter Lyon 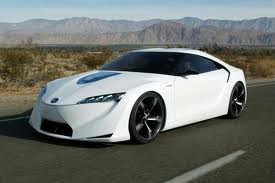 Either way, the development has begun all we can do is sit on the edge of our chairs until we see some more solid concept designs, mules and wrapped test runs.

Posted by Matt Stringham at 12:39 PM No comments: