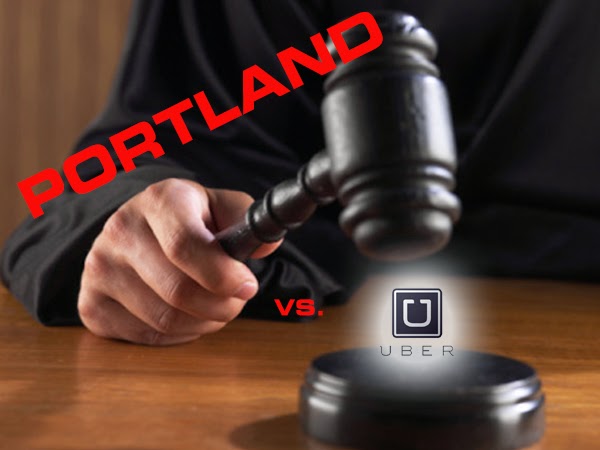 It's the same dispute that came up in Salt Lake City Utah and other cities across the nation, it comes down to certain laws regarding for-hire vehicles and their licensing.  Greg Kumparak reports
that the city has issued a "cease and desist commanding Uber to halt operations".

The city hasn't stopped there, they are going after Uber and Independent Uber Drivers by issuing fines up to $2,250 dollars.

As always, Uber is ignoring the legal demands of Portland and other cities, the question is whether or not Uber will back drivers who are fined or not.  If they don't, than they may see a fast reduction in drivers overnight due to Portland's strict ruling.

On November 26, Salt Lake City Council threw the brakes on Uber and Lyft.  Both companies were already operating illegally, but not without a cause. Uber and Lyft insist they "are not transportation companies, but rather only provide a platform by which freelance drivers can coordinate with would-be riders".   Uber and Lyft have seen a big response from the public and rightfully so, as per Salt Lake City's transportation companies are owned and operated by the airport.  Why would the public adhere to ridiculous 30 minute minimum or $30 charge. (Something Salt Lake has changed recently).


Long story short, Portland isn't allowing any slack on ride sharing but Lyft and Uber continue to operate and pay fees for drivers while fighting the battle for freelance drivers and would-be riders. This is their way around liability issues.